Tax Deductible Expenses – How Much are They Worth? 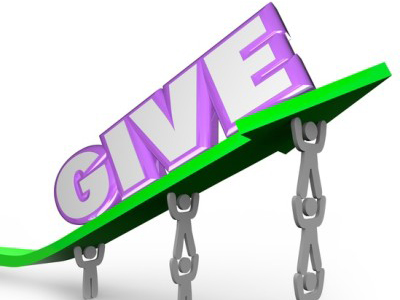 Although we have just started a new tax year, it is still important to understand the value of your tax deductible expenses and the benefit of that spending on your disposable income.

I think in general, we tend to view that if we spend a dollar on tax deductible expenses or assets, it will save us a dollar in tax. Sadly, the tax man is not that generous. In fact, with the ongoing changes to marginal tax rates, there is less advantage given to lower income earners.

To illustrate, let’s consider you, as an individual taxpayer and the marginal tax rates that apply to you for the 2014 tax year:

But let’s imagine you earn more than $180,000 and you spend a dollar on the same tax deductible subscription. How much tax will you save and get back from the tax man? Any income earned over $180,000 attracts tax at 46.5 cents in the dollar (including the Medicare levy of 1.5%), so a $1 tax deduction will give you a tax saving of 46.5 cents. But what is the actual cost of the subscription once tax is accounted for? The $1 for the subscription less a 46.5 cents tax saving equals an out of pocket cost of 53.5 cents.

Not bad! It’s no wonder those who have taxable incomes over $180,000 say, “I love being in partnership with the Taxman!”

Why do you think people who earn over $180,000 do negative gearing with residential property? It’s because every dollar they lose, the taxman pays nearly half of that loss in tax savings. For the uninitiated, negative gearing involves investing in property or shares etc where the expenses of ownership such as, interest paid, rates, insurance, agent’s commission etc. exceed the rental / dividend income, with the resulting loss being tax deductible expenses claimed against your other income.

Should you rush out and start spending?

Well, the higher your taxable income the more the ATO will shelter the cost, but I would suggest that at lower taxable incomes, incur the cost only if you really need to.

So a dollar spent on a tax deductible expense in a company or SMSF will cost the company 70 cents after tax and the SMSF a significant 85 cents after tax.

It begs the question why negative gearing into property in an SMSF is considered so attractive when you consider that every dollar lost after rental income, the taxman only pays 15 cents. The SMSF funds every dollar lost to the tune of 85 cents. All I can say is that the investment had better be a good one, if it is to recover the after tax losses over the period of ownership and still provide the SMSF with a solid capital gain.

Don’t forget there are other tax concessions available that will impact your decision on whether you incur a cost or not. Obtaining a tax deduction in June 2013 will mean that you will receive the tax credit for that cost in your 2013 income tax return, and accordingly you will receive the refund for the expense when you lodge your 2013 tax return. Incurring the cost in July 2013 will mean that you will not receive the tax saving until you lodge your 2014 income tax return and that is at least another 11 months. In essence, timing is a consideration, but only if you really need that tax deduction.

For other tax compelling ways to save tax, read Ryan Miller’s blog, “Want to reduce tax? The tax write-off way”. Always think about the need, the timing and the tax saving (based on the applicable marginal tax rate) when offloading those hard earned dollars of yours.

Small business owners need to meet all their tax and compliance obligations. Visit MYOB’s Tax Changes Information section, specifically prepared to assist startups and small businesses to stay on top of their game with tax changes.